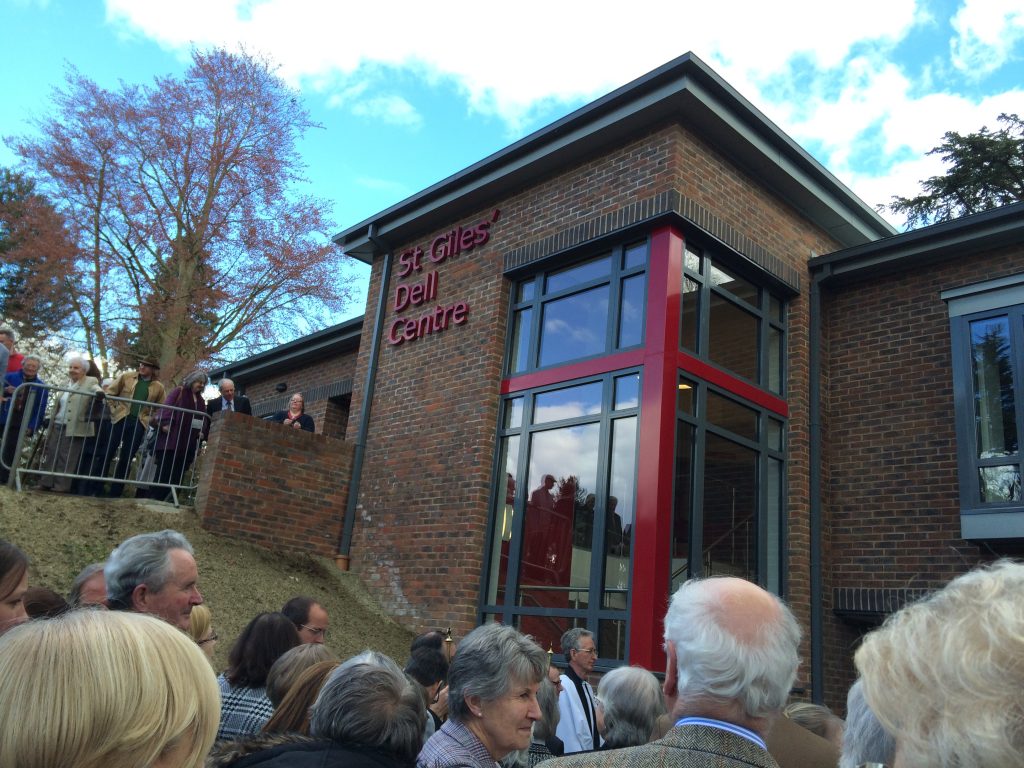 Back in December 2015, Soundbytes' concert raised money for a local project, The Dell Centre. For the past 40+ years, St. Giles C of E church in Ashtead had a small hut that was used for meetings, play groups and all the 'usual' events that take place within the community and within the church.

But it was literally, a hut, that was no longer fit for purpose, and 2 years ago, it was decided by the members of St. Giles that a new proper building should be built to replace the crumbling venue.

And so, with fund-raising, government grants and from the generous donations from around the area, the money was raised and a sparkling new building now stands in the dell of St. Giles.

And in April, 2016, Hazel and her husband were invited to attend the official opening of The Dell Centre. It was attended by the Bishop of Gulidford and Chris Grayling MP and many local people who had helped raise funds to see this project come to fruition. Soundbytes were very proud to have been a part of the fund-raising effort.